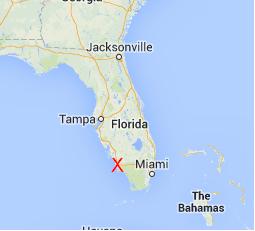 Naples is in SW Florida

Where is Naples in Florida? Naples is on the west coast of Florida. It is the city farthest south on the west coast. Naples is in Collier County. To the north is Bonita Springs, Estero, then Fort Myers. Naples is a small city with lots to do. Beaches, fishing, shopping, nature parks, and historical landmarks are just the start. Take I-75 South until the big turn to the east and your in Naples, FL.

There are miles of beach accessible to general public. In downtown Naples there is a beach access at the end of every avenue. Farther south on Gordon Drive there is an access called “Beach Walk”. Farther to the north there is Lowdermilk Park, Clam Pass, Vanderbilt Beach, and Wiggins Pass State Park.

Shopping is covered. There is the Coastland Mall. Downtown 5th Ave and 3rd Street shopping. As well as all the usual suspects like Target and Best Buy.

There are a few state parks, and some national parks as well. Seminole state park is on east Tamiami Trail on the way to Everglades City. Everglades National Park is farther east on the Tamiami Trail and has many smaller park sections inside of it.

The Naples Pier is one landmark that has been around for many years. The pier is on 12th Ave S in downtown Naples. Seminole State Park has the machine that helped build US 41 from Naples to Miami across the Everglades.