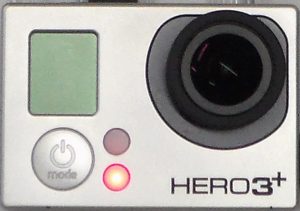 The GoPro Hero 3+ with the charging light on.

The rechargeable battery that comes with the GoPro Hero 3+ will last a while, but has to be monitored to make sure that the camera is still on when the action comes. During some recent testing I found that the standard battery lasts for 2 hours and 10 minutes shooting video and 2 hours and 25 minutes shooting a time lapse on 30 second intervals. So that means that the GoPro batteries have to be changed out (assuming you have more than one) if your action is lasting more than the 2:10 time span.

I found that the batteries cost around $20 purchased separate from the GoPro unit. This is the GoPro brand battery too. You can also buy an off-brand charger so you did not have to use the GoPro unit as the charger. You can only use the GoPro camera while charging if it is plugged in to a non PC USB outlet. I posted info on this method here:  http://www.tagnaples.com/gopro-battery-alternative-power/.

Does the LCD Touch BacPac use more battery life?

Does using the WiFi Remote Control use more battery life? 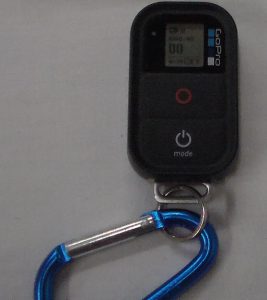 The answer is yes, but it is not enough to worry about. I did some extensive testing while shooting video. The WiFi remote only takes a few minutes off of the GoPro battery life.

What will kill the battery after you turn the GoPro off, is when you don’t turn off the wifi setting on the GoPro camera. Sometimes just turning off the WiFi Remote will do it, but if there is still a blue light blinking, that means that it is still searching for a wifi signal. I guess you can power on the unit with the remote and that is why it continues. If you throw the GoPro camera in your bag, the GoPro battery will surely be dead when you get ready to use it if the wifi setting is still on.