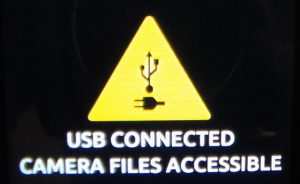 GoPro Connected to PC and turned on

I had noticed that my GoPro had turned off (ran out of battery power) while I was walking on a trail one day and realized that I needed to invest in some more batteries. This was good for a while, but then I started using the time lapse to shoot some plants and found that I needed another power option. As I was changing the batteries, trying to shoot time lapse, the GoPro would move just a little and mess up the frame. So a 6 hour time lapse would have severe movement of the subject 3 different times. I plugged the GoPro in to my pc and it started charging. I turned it on to see if it would power and the screen went to “USB CONNECTED CAMERA FILES ACCESSIBLE”, and only wanted to read it. The GoPro camera would not switch to any other mode from there. I knew there must be a way. So I thought, I need to find a “charging” source that can’t also read it. That is when I found out there is an alternative power source for my GoPro. 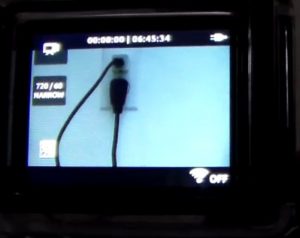 110v receptacle as viewed through GoPro

Since the GoPro charging cord comes with a USB connection, there are several different methods of powering it. The pc or computer just wants to charge it, or read it. Other power sources will charge it and power it, at the same time. 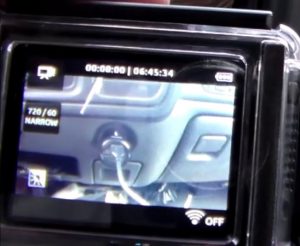 110v – or house power. This can be a generator, an inverter, or even the receptacle at home. All you need is a USB charging device that will charge from 110v power outlet. I used a “Just Charge It” and it works fine. 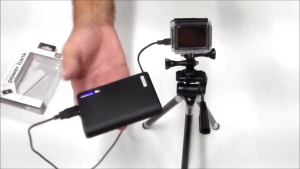 GoPro on a Power Bank

12v – this is typically in the car, but can even be one of those jump start things for the car. Some of them have 12v receptacles. Now there are many types of 12v to USB converters. I use one from Duracell that will serve both 110v and 12v from the same unit. Works great.

A power bank – This device is typically to charge your phone when you are on the go. I have found that it will power the gopro for 3-4 times a normal battery life. A power bank works real well. It will charge the GoPro on its own, or it will provide extended power to it. 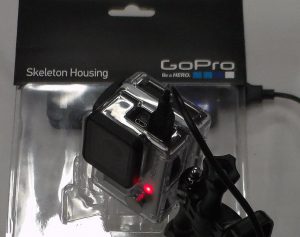 The skeleton housing allows for the ports to be accessible for plugging in power. It also will help to dissipate the heat better during extended use. The skeleton housing also allows the GoPro to be mounted in the typical GoPro fashion with many more of the GoPro accessories. This way you don’t have to use a zip-tie or rubber bands to get it in the right place for your shot. The only downside to using the skeleton housing for your GoPro camera is that it is not waterproof anymore. Not even the least bit. It is no different than not having a housing at all. I have taken some time lapse shots without the housing, but it is much easier to hold position through the shoot with the GoPro camera inside of a housing.

I do not own, nor did I test the GoPro Battery BacPac. There is always tomorrow.