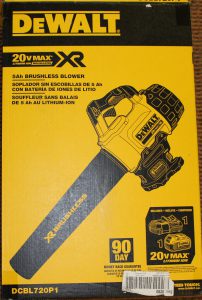 I just got my DeWALT Cordless Blower DCBL720P1. It came with a 5AH battery versus a 4AH battery that came with my drill and driver set (and the 3AH batteries that came with the extra 2-battery pack that I bought). I have experimented with some other cordless blowers and this one seems to be pretty powerful for a long enough time to get something done. Using the DeWALT 20V MAX batteries is a plus, because I am currently converting my DeWALT cordless tool arsenal from the old 18V NiCad to this new 20V Lithium battery. Over the last 10-15 years I have collected many of DeWALT’s line of cordless tools. Some in duplicate and triplicate.

The new 20V lithium batteries come with a power button that has 3 lights on it. This way you can see how much your battery has in it, before you get started. I did not realize that there were different sized batteries. The photo on the left shows where to look. I had bought some extra batteries for my drill/driver set around Christmas time and now I know why they were priced the way they were. I will look every time now. 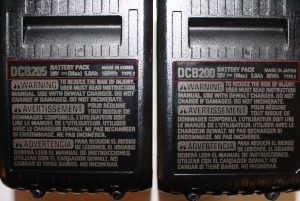 I primarily used an electric blower before I got this DeWALT Cordless Blower. This meant plugging in and dragging the extension cord around. I had gotten away from the gas blowers, because I would always let it sit for too long between uses and the carbs would always gum up. Also, if it would tip over, fuel would ruin whatever it spilled onto. This was bad. So the switch to electric has been good. Always have power, and if there was no electricity, we would bring a generator along for those few occasions. 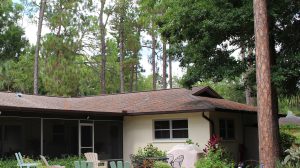 This new DeWALT Cordless Blower is very powerful. I was very surprised how it compares side by side to an electric blower. The gas blowers probably have a little more kick, but this cordless blower was powerful enough to blow pine needles off of a roof, then blow an entire driveway, and still had one full light on the power meter. Now that is impressive. I am also impressed by the consistent power that it has throughout the battery life. The cordless blowers that I have used in the past seemed to give less and less power until finally dying. 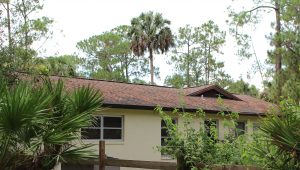 Now that the cordless technology has some lasting power, there are many other tools that have become cordless besides the standard drill/driver package. If your using some of these items then you know. If your not, you may want to try some of these newer tools. You will be surprised at how much power they have for a long period of time. There are other brands of cordless blowers and tools, but DeWALT seems to be the one that I gravitate towards. I think a supplier I dealt with sold them and once we had so many, it was hard to switch brands. 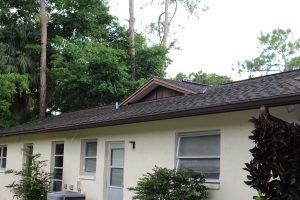 Then once we were deep in, then it is just a matter of buying new batteries from time to time. Trying to switch over to a new brand of cordless tools is no economical feat. You don’t even realize how many you have until it is too late. Then it’s like, “I can’t buy something different, I want to be able to use it with my other tools!” 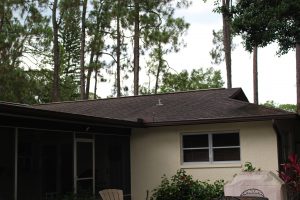 I am now going to see how long these new lithium batteries last. The old NiCad batteries lasted quite a while, so I am hoping these will last a lot longer. That is one of the main reasons I steer away from these types of things, is because it seems more costly in the long run. I guess efficiency is hard to put a price on. They say efficiency is making something you are already doing better, not doing something you never do fast. 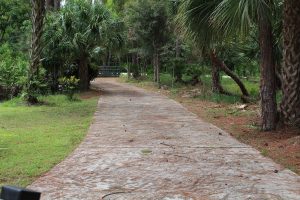 from one of the big home stores. It came with a charger and the 5Ah Lithium battery as well. So, if you factor the extra power battery and charger into the mix, then it is not any more than an XR Drill/Driver without a battery. 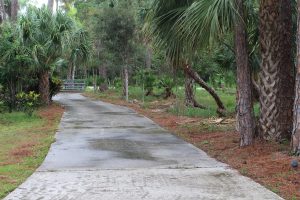