This cat has to be calling the bug or trying to communicate with it. This cat is one of the kittens that showed up at our home about a year ago. It is one of three kittens. We still have this one and the mom cat. We noticed the cat doing this thing like he was calling the bug to come closer. He seems to be very preoccupied with the bug in the light. About 1:40 in is where he starts the “Cacacacaca”.

The Rest of the Story of the Cacaca Cat! 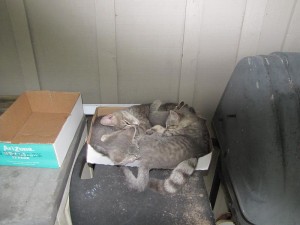 One evening my son said he thought he saw a raccoon near our shed. Then the next day this cat shows up with a ringed tail. Then we noticed the kittens on our carport. The mom cat would always be close. Then we kept seeing them in different places, we were thinking the mom cat was moving the kittens to help keep them safe. 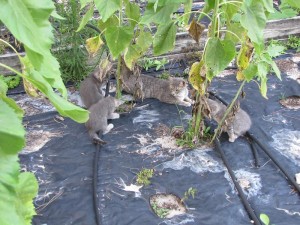 Eventually I convinced my wife and daughter that we could not keep them along with our dog, 2 other cats, and 14 chickens. So we went out the next day to round them up and they were not around. After much searching we found them in the bushes, but only 2 kittens and the mom were there. So we took the 3 to the Domestic Animal Services and were able to move forward. They would not take in the mom, but gave her all the shots and spayed her for us. I am not sure if they even charged us, but if they did it was minimal. The other two kittens they kept for adoption. 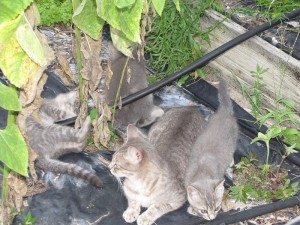 That afternoon we found the other kitten and kept him safe until we could get him back to the DAS. They were not able to take in a third kitten and would not take the mom bacause she was ferrel. So we now own two more cats. Mally(the mom) and Macho (the male kitten). 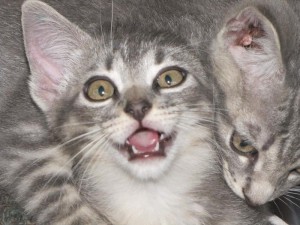 Now they are inside cats, which we keep separated from our other two cats.